This article was originally published on The Cannigma, and appears here with permission.

The history of cannabis laws and regulations in the United States is a complicated, convoluted affair that has arguably only gotten more confusing as more and more states launch legal medical and recreational marijuana programs. The result can sometimes be, well, a bit odd.

The following is a short list of some of the stranger cannabis regulations currently on the books in the US. 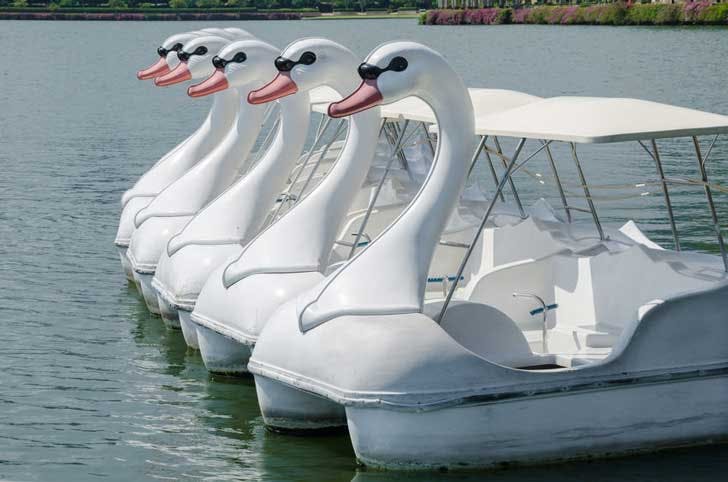 Make sure not to run fowl of the law in California. (wiroklyngz/123rf)

California became the first state to legalize cannabis when the state approved a medical marijuana program in 1996. And while California is seen as one of the epicenters of legal cannabis in the US, it is also known for a litany of marijuana regulations and taxes. These include how you can actually move marijuana in the state.

According to the state’s Bureau of Cannabis Control’s Requirements for the Transportation fo Cannabis Goods, it is illegal to transport any cannabis product by way of an aircraft, watercraft, drone, rail, human powered vehicle, or unmanned vehicle.

`That’s right, it is illegal for cannabis businesses to transport marijuana by skateboard in California, or pretty much anything other than “inside of a vehicle or trailer” — and it cannot be visible from the outside.

Do you like to write with italics? If you’re running a cannabis business in Nevada, you may have a problem. The Silver State, which legalized recreational marijuana in 2017, requires that all text used on marijuana product labeling “be printed in at least 8-point font and may not be in italics,” according to the state regulation on packaging, which is itself written almost entirely in italics. For your dispensary name, logo, or signage, you can only use “clean fonts,” which the state specifies are sans serif fonts.

In Oregon, which legalized recreational marijuana in 2014, the signs at the entrances of dispensaries must be in bold, 80 point Times New Roman font. There is no option for italics.

Signage isn’t a problem in Delaware, though dispensary owners in the state cannot advertise medical marijuana in print or broadcast media, or by paid in-person solicitation of customers. You are however allowed to sponsor charity events, or advertise in medical publications or the phone book, if such things still exist.

3. You can’t sell weed in the nation’s capital if you also do auto repairs

Was this a problem that had to be fixed? (Alessandro Guerriero/123rf)

Washington DC legalized recreational marijuana in 2014, but in the district’s 2014 regulations for its medical marijuana program, one line sticks out.

“A registration application for a cultivation center or dispensary shall not be approved for any outlet, property, establishment, or business that sells motor vehicle gasoline or that holds a Motor Vehicle Sales, Service, and Repair endorsement.”

The regulations don’t give any indication of why this guideline is included, or if this was a problem in other states with legal medical marijuana programs.

The term “marijuana” for cannabis has a complicated racial history of its own, but the state of Michigan has decided to establish its own complicated guidelines about the word “marihuana.” Under Michigan state law, the Marijuana Regulatory Agency (spelled with a “j”) uses the spelling “marihuana” in all formal communication.

There has apparently been enough confusion about this spelling to warrant a special page on the MRA website, where they explain that “Michigan primarily starts from the spelling that was chosen for the Marihuana Tax Act of 1937. Michigan adopted its statutory definition of marijuana in the Public Health Code, utilizing the then current federal spelling, marihuana.”

This seems easy enough to change, but the post also states that it would require an act of the Michigan legislature to change the spelling of marihuana to marijuana in Michigan statutes.

5. Like to smell cannabis before you buy it? Not in Washington or California

One of the most most fun things about shopping at a dispensary is the “delicatessen experience” — the ability to look through a wide selection of cannabis flower strains, taking in the aromas of each one before you make a selection. Unless you’re in Washington or California, that is.

In both states, cannabis products must be sold completely sealed in individual packages. This means the customer can’t smell, hold, or closely inspect the product before deciding which one to purchase. The packaging still shows the THC content and terpene profile, but for those who really like to take in the aroma or premium cannabis flower, the buying experience isn’t quite what it used to be.

Read the original Article on The Cannigma.

© 2020 Benzinga.com. Benzinga does not provide investment advice. All rights reserved.

First, Sign Up NOW and pick the STATES you would like to Receieve Cannabis Business News Updates and Information About.

Next, You will immediately start recieving your PERSONALIZED Version of Our Cannabis Business Newsletter...

The LEAFLET is A Weekly PERSONALIZED Cannabis Business News Email Newsletter That Delivers Licensing and Business Updates, Info and News to YOU from the States You Choose.

Please Note: FOR NOW, THESE ARE THE ONLY STATES WE ARE ABLE TO OFFER. IN THE VERY NEAR FUTURE WE FULLY INTEND TO OFFER ALL 50 U.S. States.

You Are Now in The Know....Check Your Email Weekly For the Latest Cannabis Business News, Information, and Updates in Your States