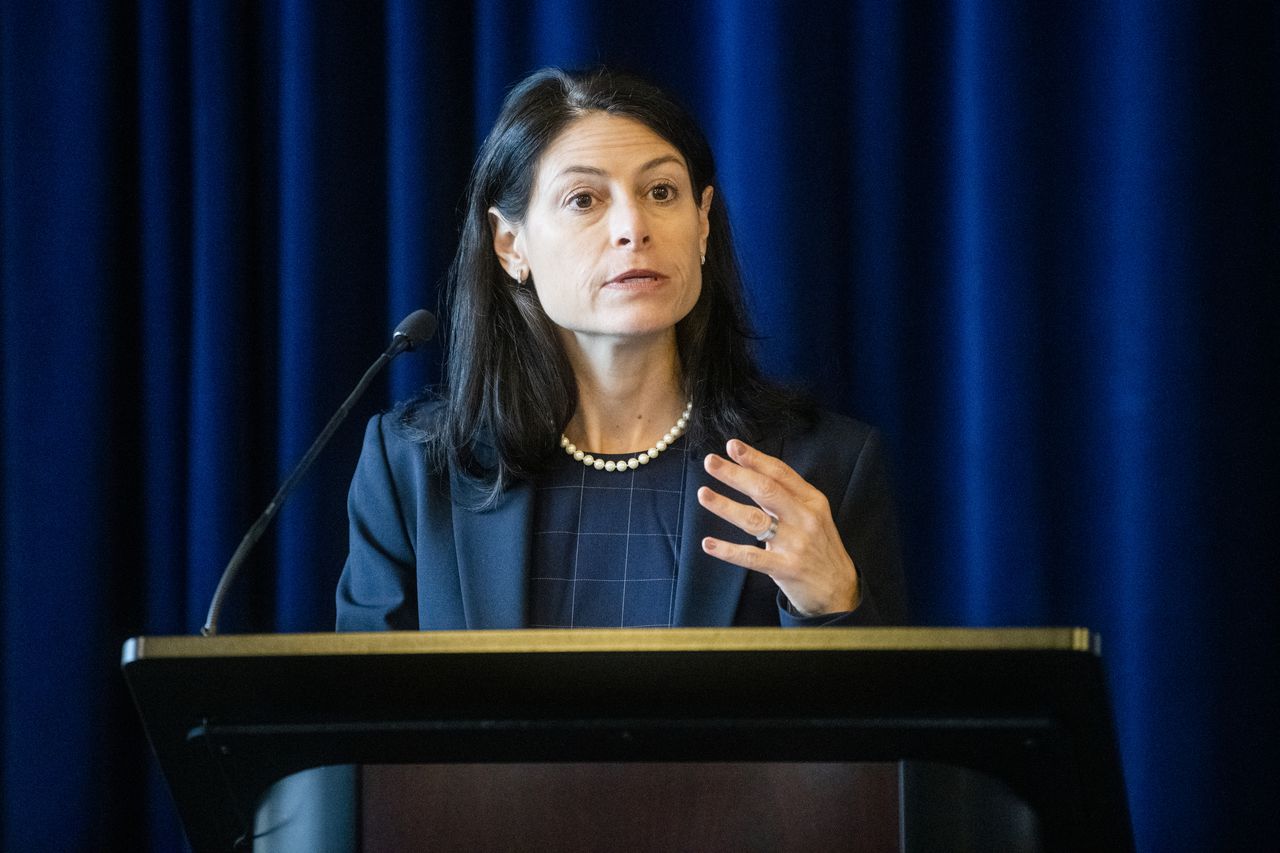 Michigan’s treatment of marijuana is illogical and contradictory.

That’s a sentiment Michigan Attorney General Dana Nessel shared as she explained how she became involved in an effort to free Michael Thompson, a 69-year-old Flint native essentially serving a life prison sentence in a state where marijuana is now legal to possess, grow and sell.

The first question regarded Thompson, who’s serving a 42- to 62-year sentence after he was convicted of selling three pounds of marijuana to an undercover informant in December 1994. His sentence was compounded by prior felony convictions, including another drug crime in 1983 and for bringing contraband into a prison in 1986 and the discovery of a gun during the investigation.

Thompson has spent 23 years behind bars and isn’t eligible for parole until he’s 87.

Nessel on Aug. 5 took the unusual action of sending a letter to Gov. Gretchen Whitmer asking her to exercise her executive power and commute Thompson’s sentence. She hopes he’ll be released on time served.

Nessel explained that she began looking into the case after a prior closed-door meeting with members of the Cannabis Caucus, which is an advocacy group comprised of marijuana entrepreneurs, patients, growers and lobbyists.

Following that meeting, Nessel requested full details of Thompson’s case and his disciplinary history with the Michigan Department of Corrections. Thompson was previously housed at the Muskegon Correctional Facility but was recently transported to Charles Egeler Reception And Guidance Center in Jackson to be quarantined after he contracted the coronavirus, which is rampant in Michigan prisons.

“Sometimes you hear something about a particular person who’s incarcerated and then once you look further, you’re like, maybe this person deserves to do a little time,” Nessel said. “But I was shocked and horrified when I looked at his sentence.

“I have practiced law for 27 years now and I’ve never seen anything like it.”

Nessel said the sentence was comparable to someone convicted of “particularly heinous” second-degree murder or an especially violent sexual assault involving torture.

She noted that Thompson has two “very insignificant” disciplinary actions while behind bars for the last 23 years. Nessel, powerless to take any direct action to commute or lessen Thompson’s sentence, contacted someone who could — the governor.

“While technically legal, the sentence imposed on Mr. Thompson is the product of a different time in Michigan history,” Nessel wrote. “First, Mr. Thompson had the misfortune of having been convicted of drug offenses during a period of time when draconian drug laws were prevalent in Michigan.”

The letter asked Whitmer to “expeditiously” commute Thompson’s sentence and free him.

Thompson’s attorney filed a request for commutation with the Michigan Parole Board in January. By law, Assistant Attorney General Lisa Geminick said the board has until Oct. 25 to respond. After Nessel’s letter, the Parole Board scheduled a hearing with Thompson and his attorney on Aug. 20.

Geminick said it’s expected the Parole Board will vote on the merit of Thompson’s case at its Sept. 11 meeting.

It’s “obviously a very expedited process,” Geminick said, “considering they didn’t have to get to this point until Oct. 25.”

If the Parole Board votes in agreement that the clemency request “has merit,” it has 90 days to schedule a public hearing at which any victim, the Attorney’s General’s Office, Thompson and his attorney will appear. Currently, due to the coronavirus pandemic, Parole Board hearing are conducted using the live video streaming service Zoom.

Following that hearing, the Parole Board will vote again on whether to recommend clemency to the governor. “And then it will be up to the governor whether she grants a commutation,” Geminick said.

Nessel said Whitmer is “aware of this matter” and “taking it very seriously.”

The Attorney General’s Office is looking at more than 15 other other marijuana-related convictions for which defendants are serving prison time to consider further recommendations for commutation.

Another case mentioned Friday is that of Rudi Gammo, who operated a medical marijuana dispensary in Detroit and allowed others to grow marijuana in properties he owned. He was convicted of operating a criminal enterprise in February of 2018, about seven months before Michigan voters made it legal for anyone over 21 to possess, grow and sell in Michigan.

It also created an outline for Michigan’s legal, state-sanctioned recreational marijuana industry that opened on Dec. 1, 2019.

Michigan marijuana businesses have sold more than 50,000 pounds of marijuana since December.

Thompson receive meeting with Parole Board

More marijuana options could be coming to Michigan this fall

Marijuana thrives in market changed by the coronavirus

Spouses of licensees may be able to work for government

A prior marijuana conviction could be a good thing

Recreational marijuana market thrives in Michigan — even during a global...